[Translation from Japanese to English ] ①A bird which became extinct in the 17th century. It is the endemic species i...

Translated by ailing-mana
①A bird which became extinct in the 17th century. It is the endemic species in Madagascar.
②Rai stones, which was used in an island called Yap. They are is used as formal gifts.
③A sailfish can swim more than 100km/h and is registered in the Guinness Book.
④The biggest specy of sea cucumbers. It has 15 tentacles in the top of its head.
⑤It can dive into the deep sea as deep as 1500m.
⑥The sleep time of a day is about 20 minutes. It has 7 bones in its neck same as human.
⑦The nose of elephant has no bones and consists of muscle. The sense of smell is twice as sensitive as dog's.
⑧A manned spacecraft, which was developed on the premise of resuse. It was launched 135 times.
⑨The origin was a stagecoach, which was devised in France in the 17th century.

Result of Translation in Conyac

Other Translation Results Made Public

I have been interested in culture such as painting, music, etc, and studied fashion design image, and playing guitar, piano, and drums by myself. However, I have never faced to them as my specialization for real. I just enjoyed them as my hobby in my leisure time from school or business. I have... I wish to purchase the following as a first-time test. I have attached the same information. Please let me know how to order. If the purchase goes well this time, then I would like to prepare a marketing and sales plan to increase purchases in the future. I have 2 additional question... Kobe beef special promotion Our store's company headquarters,,especially bought Kobe beef this time from SFoods which handles Wagyu all over Japan. We offer creative and imaginative dishes with new sensations using Kobe beef. ～What is Kobe beef? ～ It is a rare beef that has to pass what i... Thank you very much for your reply. Please find attached my order. I would like to change my credit card to AMEX. Should I include the credit card information in this email? I understand. I will talk to you on my next order. As for my last order, I received one comic book with damage.... I am OO, who received your attention before regarding the matter of shipping. I am looking for a vendor who can pick up the products which I bought from the Philadelphia auction house but do you have a sales office or something nearby?

Characteristics of Translations through Conyac 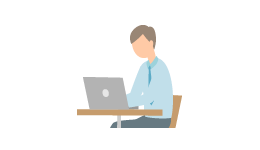 1 letter 1.5 yen*, minimal work submission time 10 minutes, accepting translation requests online 24 hours.
*If the translation is to Japanese, Chinese, or Korean, it will be 1 letter 6 yen.

Translation Menu to Choose From Depending on Your Content 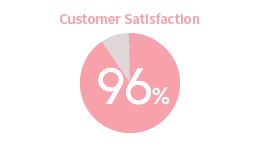 There are 'Light' Requests you can make easily and 'Standard' Requests that guarantee high-quality work. We have had positive feedback from 96% of our customers. 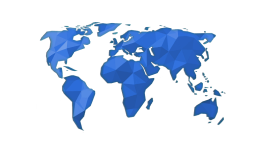 There are 126,711 translators that can translate into 75 languages including English and Chinese.
Learn More Register as a Buyer