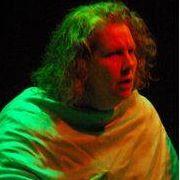 Freelance translator, teacher (primary school and Italian language for foreign people), web designer and content manager, "artisan" (in my free-time I like to painting and decorating object, working with paper - kirigami, sewing). I’ve lived in London for a short period, many years ago and I’m still in love with that city and with the British culture as well.

Since I was a little kid I was interested about the way the others (i.e. not Italian people) communicate. After all these years (±50?) I’m already interested about the qualities and the differences between languages and culture and their impact in people’s communications. How the perspective could change in different meanings of different languages. It’s fascinating!

I’ve start to translate from English to Italian many years ago: do you remember 1980? There’s no internet nor pc games. And there were a lot of beautiful board-games: strategy, rpg like Dungeons & Dragons, war games. For not English speakers there was a problem, they came from England or USA, and rules and manuals were in English. I start to translate that rules of games and manuals for my friends, so we can play together. Lucky me! It was the beginning of my history as a translator. And, after all, I really enjoyed to do that!

My life carried me in other paths, I’ve studied art of education and I developed a deep interest in psychology, and again I find myself translating journal articles, studies and research in that area.